Author Aspiring Blogger Published July 12, 2019
CWC19
England has beaten Australia in the second semi final and became the second team of the finals. England completely side tracked Australia since the beginning of the match. Top bowling performance restricted Australia to 223 while brilliant batting from Jason Roy helped England to win the match easily in just 32.1 overs. Have a look inside the performance of English team. 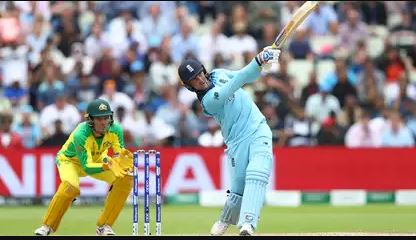 Exciting opening partnership from Jason Roy and Jonny Bairstow
While chasing the small score in slow pitches, every one was expecting that English batsmen will play slow by keeping wickets in hands so later they can accelerate the score but jason Roy and Bairstow were came with the different mind set. Specially Jason Roy. Both the English openers did not let Aussie bowlers to set in the game. Jason Roy and Jonny Bairstow added 124 runs in just 17.2 overs keeping no task for later batsmen.

Both the openers hit in every direction of the ground for fours and sixes. Jonny Bairstow was the first to got out after making 34 runs but it was too late for Australia to come back in the game. Bairstow hit 5 fours in his 43 balls innings.

Jason Roy was in the different mode today and was very aggressive. Roy made 85 runs in just 65 balls. Roy hit 9 fours and 5 sixes.  From these 5 maximums, 3 was in single over of Steve Smith. They kept run rate above 6 almost all the times so they should not have to come under pressure.

After getting out both the openers, it was the time to show some brilliant batting form captain Morgan and Joe Root. Both were superb and up to mark as discussed in the match preview before semi final 2. They both kept scoring with the run rate of 6 plus all the time and remain not out.

Joe Root made 49 runs from 46 balls while captain Morgan made 45 runs from 39 balls hitting 8 fours each of them.England made 226 runs in just 32.1 runs and won the match by 8 wickets to reach in the final after 27 years. England proved them selves that why they are favorite to win the world cup 2019.

Now England and New Zealand both have reached in the finals and it will being played on 14th July, 2019 at Lord's. Both the teams have never won the world cup so there will be sure new entry in the world cup winners. We will come back with match preview before Final match. Till then you can check these website for 15 August Images.