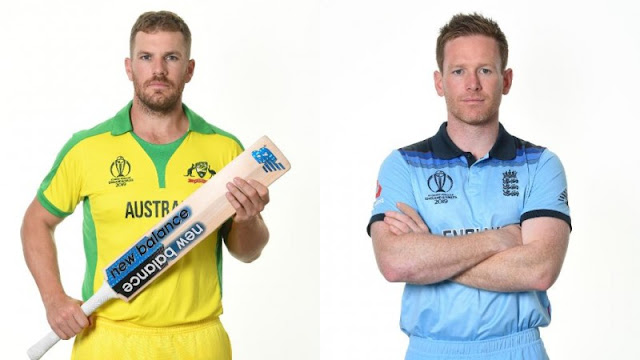 Two biggest teams of world cricket will take on today to reach the finals and this will be perfect world cup entertainer for every cricket lover for sure. Yes, we are talking about two biggest staunch opposition England and Australia who are going to take on each other today at Birmingham. The match is going nothing less than the Ashes for both the teams as the winner will reach to the finals of Cricket world cup and will take on with New Zealand to win the World Cup 2019. New Zealand had already reached to the finals beating India by 18 runs with great bowling attack. So let us have look on today's semi final 2 and match preview of this big game as we done for Semi Final 1.

England vs Australia : Biggest rivals of world cricket
England and Australia are one of the biggest rivals of each other in the game of cricket. Cricket fans of both the teams looks the match as war. England and Australia fights in the one of the biggest test match tournaments, the Ashes, to beat each other and this game is not going to be less than mini Ashes in this biggest One Day Tournament, cricket world cup 2019.

Also one more important thing is that at this ground of Edgbaston, England is unbeaten since last 10 games. Yes, all the 10 games played here had been won by England and they will try to make it 11 today for sure.

Now if we talk about team combination, England have best opening pair of world cricket in terms of Jason Roy and Johny Bairstow. These both openers have batted really well in first 15 overs and had dominated every team with aggressive batting. England had made all the games 300+ while batting first and these two batsmen were key in those scores.

Along with blasting opening pair, England have Joe Root in the middle order and that gives great balance to the team. Captain Eoin Morgan also looking in good touch and had made a blasting century against Afghanistan.

Along with these players, England have a super player in terms of Ben Stokes. Ben Stokes is giving his best in this world cup for England in all the forms of cricket. No matter what is his role, batting, bowling or fielding he has given the best in the world cup and is most valuable player for the England. Wicket keeper batsman Joss Buttler also in good form and giving England a deep batting line up in the games.

Now if we talk about bowling department of England, they have very good bowling attack of this world cup too. Jofra Archer doing great fast bowling and has proved a game changer for English team. Along with Archer, Chris woakes and Liam Plunkett also doing great job in fast bowling while England have Rashid in spin department.

Fielding has been very good for England so far in this tournament with some great catches and mind blowing run saves in the ground. So England team would like to carry that form in this match too and try to reach into the finals.

Now have a look upon Australian side and their performance in this world cup. Australia is the only team which continuously performs good in every world cup and every ICC tournament. Australia is one of the strongest teams of this world cup without any doubt. Also if we talk about history, Australia has never lost in Semi Finals. Ohh! That's amazing if you are a Australian fan.

The all the positive things we have talked about England, also belongs to Australian team. Australia has dashing in form opening pair in terms of captain Aron Finch and dynamite David Warner. These both batsmen are doing very good for the team with slow and steady in initial overs and dynamite in later overs.

The middle order looks weaker then England team though they have Steve Smith, Peter Handscomb and Marcus Stoinis. Usman Khwaja is not available because of injury and that is the biggest blow for Australian team. Alex Carey has proved very important and useful for Australia to bat deep in order to provide balance to the team.

More importantly, Australia has beaten England in group stage match by 64 runs and they will try to do the same with keeping that match in the mind.

Weather and Pitch: Weather would be cloudy all the day and there are chances of rain during the match. So the team, which will win the toss, will surely like to bat first. Also dry pitches making hard the second inning to bat.