Australia won the Toss
Australian captain Aron Finch won the toss and decided to bat first. Australia thought that England is weak while chasing and have lost all the games while chasing in this tournament. So batting first will raise their chance to beat England and to reach in the final. England captain Morgan also looking sad after loosing the toss.

Aussies didn't get the start they wanted, England happy even after losing the toss
Australian openers Finch and Warner came to crease to Australia firing start like they gave in this tournament but English bowlers didn't let them to do so. Jofra Archer and Chris Woakes gave England the dream start of the semi final. 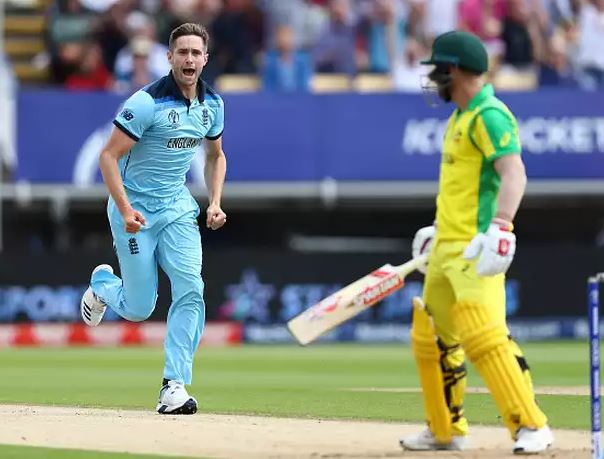 Jofra Archer got the wicket of Aron Finch on the very first ball of his spell and Australia started getting down from the very first over like India did in first semi final. Woakes bowled David Warner and gave Aussies the biggest blow of the match. Warner made 9 runs.

Woakes again struck in the 7th over and sent Peter Handscomb to pavilion and broke Australian batting line up. Australia were just 14 with the loss of 3 wickets. Australia really struggled to make every single run like India and made 27 runs in first 10 overs. This was one of the lowest power play totals in this world cup and 3rd time in the semis. 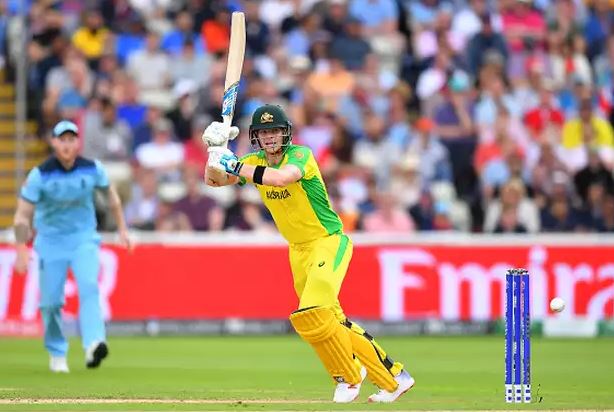 Steve Smith and Alex Carey to rescue Australia
Australia were going down ball by ball in the match at the time young and experienced Steve Smith came to save Australia with Alex Carey. Both the batsmen played really well to give Australia chance to come back in the game.

Both were really playing good and added 103 runs for the 4th wicket partnership. Every thing was going fine for Australia until Adil Rashid came into attack. Rashid took 2 wickets in a single over and put Australia again on back foot. Rashid bowled Carey and Stoinis in the single over. Carey made important 46 runs in 70 balls. Maxwell also gone out after making 22 runs.

But it was Steve Smith who really kept fighting and brought Australia back into the game. Smith made 85 runs in 119 balls with the help of 6 fours. Smith stood along by Aussie batting. Mitchel Stark gave important contribution of 29 runs in the end and Australia reached to 223 runs. Australia team gone all out in 49 overs.

England bowled really well to keep Aussies bound. Chris Woakes and Rashid both managed to take 3-3 wickets. Jofra Archer took 2 while Mark Wood took 1 wicket. Now it will be interesting to see how Australia gives the fight back.